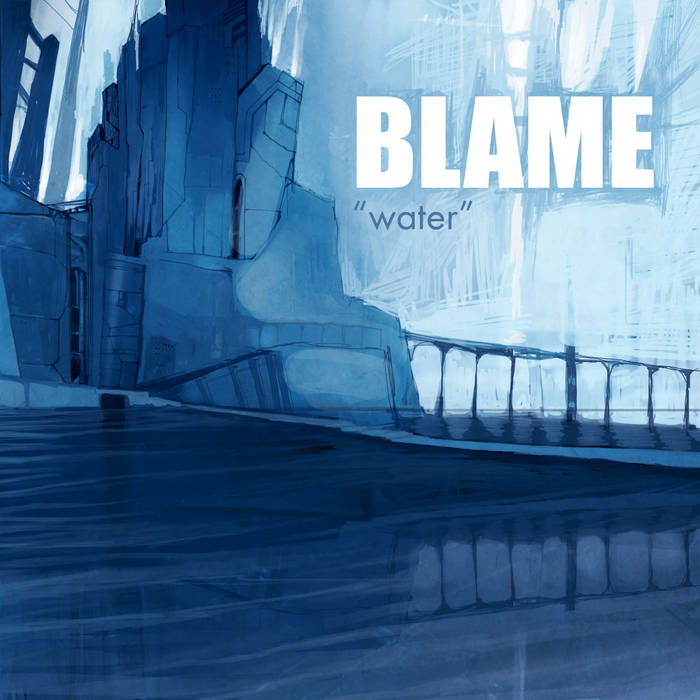 Simultaneously with the album-release "Convergent Fields" Ionium Records re-releases the CD-album "Water" by BLAME, which was released on Klangdynamik Records before, in order to make it available for the fans in digital form worldwide and in CD-format in Germany.

The first tones of the opener "Ragnarok - The Final Winter" already abduct us into the underwater world of BLAME. The fragile, sentimental voice of Boris Posavec assures from the beginning, that you have real artists here, who really have to tell something. "Legions - Across These Oceans" throw us in a log flume, which has a lot of content. Driving basslines and exploding beats make this song to a real club killer. The Track "Waterside" convinces with "covenantesque" sequences and a melancholic atmosphere, the vocals discreetly in the background, making place for precisely programmed rhythms.

We're diving deeper into the track "I hate Your Evolution", which shows clearly, in it's shortness, that BLAME doesn't need much space to spread its word. Like a refreshing shower on a sticky day seems "Unless (Violent)", which is enriched by female vocals, next to Boris' voice. The following tracks are instrumental songs, which have a lot to offer too. So inhale deeply and plunge deep. "Waterside (Hypogeum)" offers an interesting alternative version of "Waterside", enriched with techno-elements.