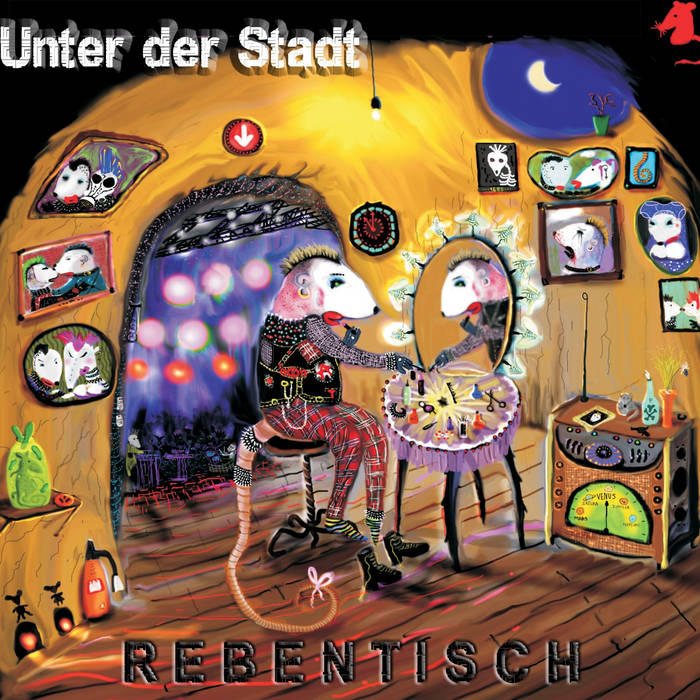 All rats are gray at night? No! Because if REBENTISCH from Berlin celebrate a party with friends "Unter der Stadt" ('under the city'), then it goes dark, colorful, creative, crazy, lyrically sophisticated, erotically romantic and provocingly ironic.

On the minimal electronics base frame recalling KRAFTWERK, REBENTISCH build a relaxed modern trip-hop reminiscence à la MASSIVE ATTACK, which they mix with the pop attitude of WELLE: ERDBALL and the sex appeal of AND ONE to finally create their own interpretation of New Wave, in addition to the analog sounds, flickering guitar chords and NEW ORDER-like bass runs.

After their much lauded album "Herz zerissen" and their free downloadable work "Home Recording" of 2009, a new album by Sven Rebentisch and Jens Bohm will be released on afmusic on 04/23/10.

"Unter der Stadt" is infamous, lovable, crazy, timeless, intelligent, electronic, and especially soulful, romantic cabaret with New Wave-Appeal, as it can only come from Berlin.

REBENTISCH are proving: Poetry is danceable! The party in the flickering neonlights 'under the city' has just begun... be there or be square!