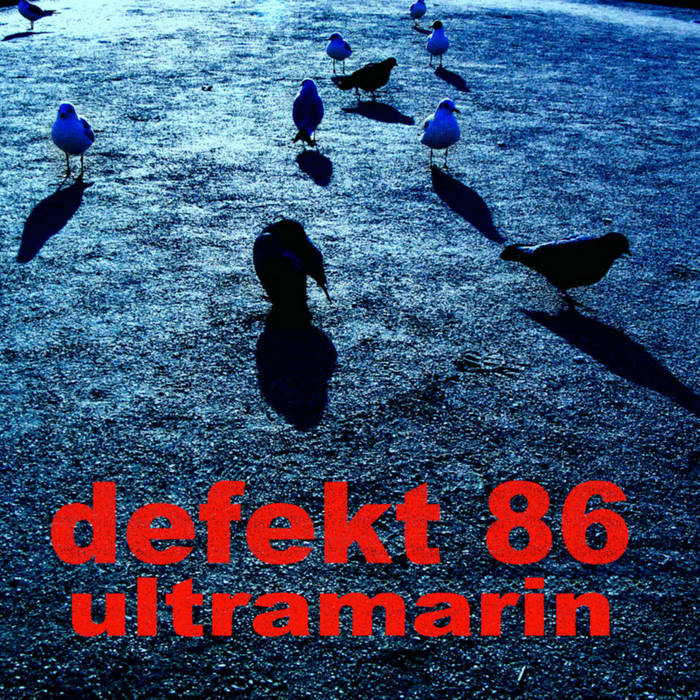 Defekt 86 play a cheeky mixture of Darkwave and Post-punk. Their music varies from heavy guitars up to rather experimental synthetic sounds; the tempi are versatile designed as well, and also the vocals, which oscillates between melancholy and aggression.

Reminiscences of more "conventional" bands are unfailable to hear. Thus one feels reminded of Joy Division or Sisters of Mercy with the dark Opener "Idols for the weak" without fail, latter also crosses mind in "A hundred times", caused particularly by the singer. Against that all "Die Helden meiner Zeit" sounds rather like an early Cure number, while the last piece "Nur ein Schritt" with its Industrial noise allows to think remotely of Einstürzende Neubauten.

Nevertheless, the sound of Defekt 86 on no account seems antiquated, but innovatively and modern formed what happens by the combination of electronic bass sequences and bad-ass guitars, or by joining two apparently opposite song parts, as for example with the endless "Silence", where a melodic, quiet, virtually spherical guitar-piece alternates with its quicker, distorted antagonist.

Defekt 86 are switching the languages on "Ultramarin" from English to German to and fro. Concerning the contents they turn on religious subjects, seduction, power, fear and pain, but also, just like resulted from nightmares, very personal, resignation and the knowledge of the misunderstood being and loneliness which permit nearly one expressionistic, virtually surreal perception on the world, like with the Minimal number "Meine Haut", or such as in Mantra-style an always recurring hymn of the longing for death in "Sterne".

The only song that appears unusual, though it is melancholic as well, is "Baikonur" as the only love song, which comes different and more slowly.

All together "Ultramarin" is an album that comes along in a very interesting and diverse way, generating a lot of atmosphere, containing few good dance numbers and all above it allows to hope for more