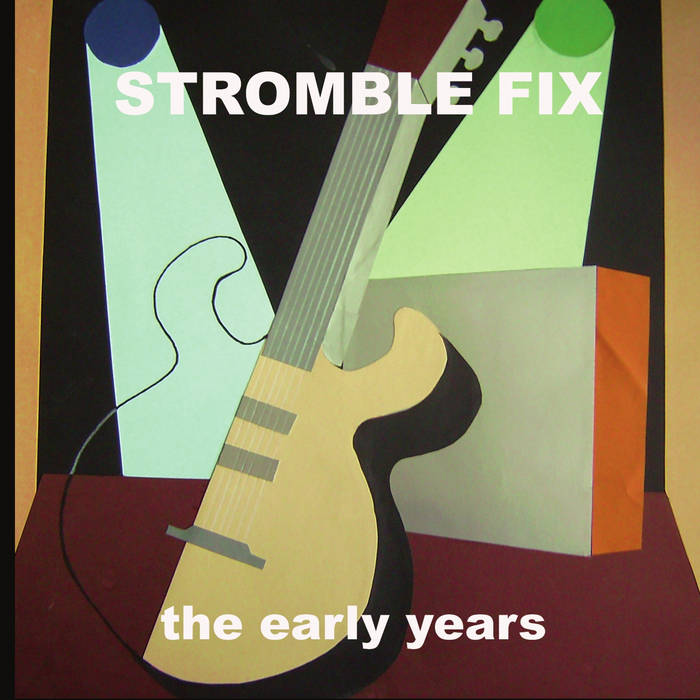 Just in time for their 20th anniversary the band Stromble Fix attach a "Best Of" on AF-Music , which has it all. Where "Best Of" is just a purely commercial connotation, that doesn’t fulfill this CD at all.
After their - acclaimed by press - settlement with the ill-fated "80's Revival" "the eighties are over”, Stromble Fix now publish a retrospective that proves especially one:

To stand still is boredom!

"The early years" shows the creative journey of a band that has developed itself steadily over the years, but though remained true to themselves. The roots of Stromble Fix clearly lie in the hard post-punk, mixed with a generous pinch of Punk and Grunge. But Stromble Fix neither fear shimmering guitar runs of the Dark-Wave, Bonds to Bat Cave, nor even acoustic pop, that’s how they create songs with catchy tunes and character. Besides the pure, unadulterated energy of the songs, Stromble Fix amaze especially with their sense of melody and extremely poetic texts. "The early years" shows in an impressive manner, that many varied music styles of the last 30 years evolved from one and the same roots. Using the example of just one band shows clear, how little music would exist today if there was no Punk.

With "the early years' Stromble Fix have an impressive musical work, combining newly revamped songs (which are long out of print) from the past 20 years as a band with exclusive new tracks (two previously unreleased tracks).

"The early years” is the awareness of one's own musical roots, with no false nostalgia, especially by seeking steady improvements leading the way to present, and even future.

Stromble Fix are more honest, more varied Underground-Sound. Rough, unpolished, energetic, in their own way still rebellious, but above all authentic, and damn catchy.