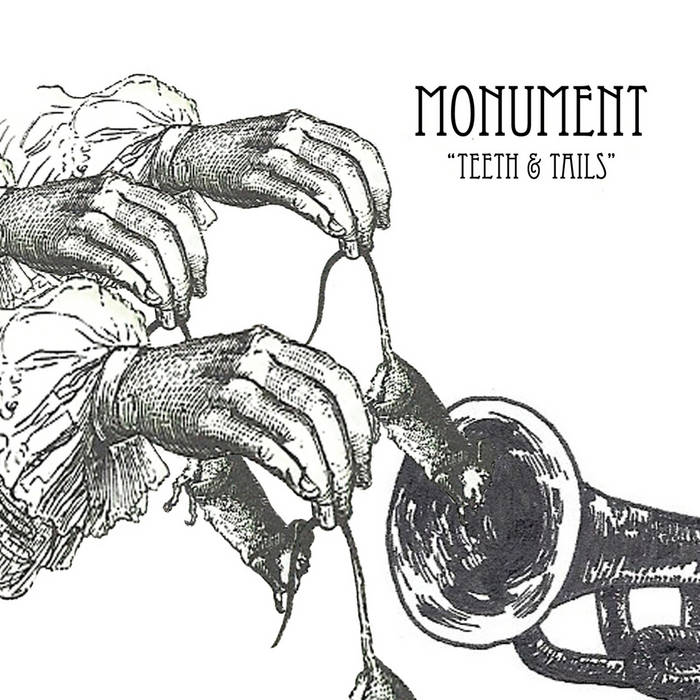 The vision of Monument took form in the summer of 2009, initially being a mere modest experimental recording endeavor by Henrik and Linda (the songwriters of the band), whose mutual interests in the rather odd spectrum of music brought them together. Teeth & Tails was recorded during the most dark, rainy and foggy west coast autumn/winter days. The drum machine on the Ep was utilized in order to obtain a 1980's static mood to it, whereas the fx pedals on the trumpet set the tone. Yet, the concept soon got backed up by a full live band with Jonny on drums, Fischhaber on bass and Tim on trumpet, along Henrik on guitar and Linda on vocals, and gigs were played in the Gothenburg area.

Now the swedish gothrocker MONUMENT release their debut EP "Teeth & Tails" on afmusic to spread their unique dark and impressing tunes around the world.