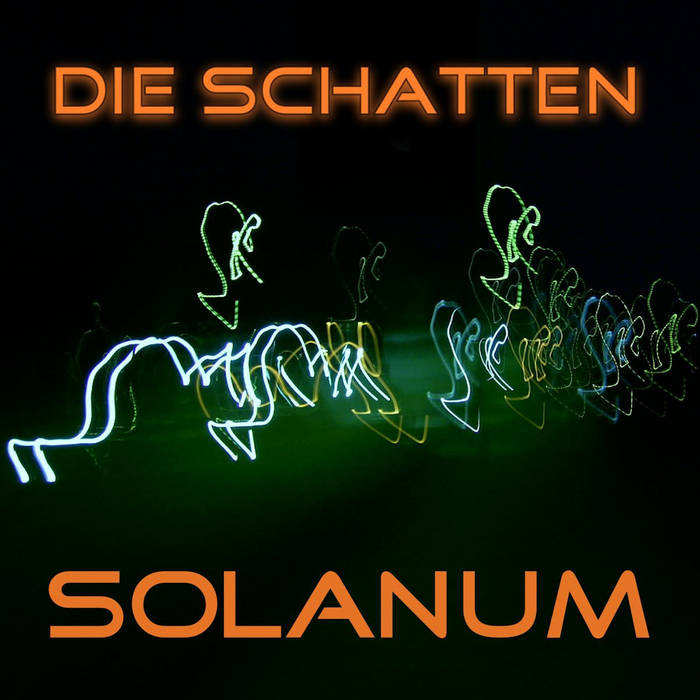 Solanum - nightshades - is the third album by the mystic dark pop band DIE SCHATTEN from Berlin (Germany). It focuses on different nightly feeling experiences. Feelings are more pronounced in the night. This intensity of humans experience is served on the third album also by the typical floating synth sounds and the powerful guitar combined with the particular german lyrics of DIE SCHATTEN.

The songs are partially even from the first creative phase of the band, but were completely rearranged and expanded with new ideas. Like a good wine the songs gains a new musical bouquet through the creative rest period since the last album. The album ~Solanum~ has been recorded, mixed and mastered from winter to early summer of 2009 in homestudio using virtual cooperation.

The lyrics acting with the great feelings of love, fear and anger. These feelings are especially strong in the night. Away from the light of everyday life, they often seems to be more powerful than in the daytime. Deep wounds, fears and longings demanding are greater in the night.

Despite the dark facets on the album Solanum DIE SCHATTEN see the entire work in a more hopeful light. One hand, it's a real new start for the band after a long break, on the other hand, old songs growing into much more mature interpretation influenced by the temporal distance. This also leads to new personal views on previously appointed experiences in the texts. DIE SCHATTEN themselves looks in Solanum as the musically most intense album so far.