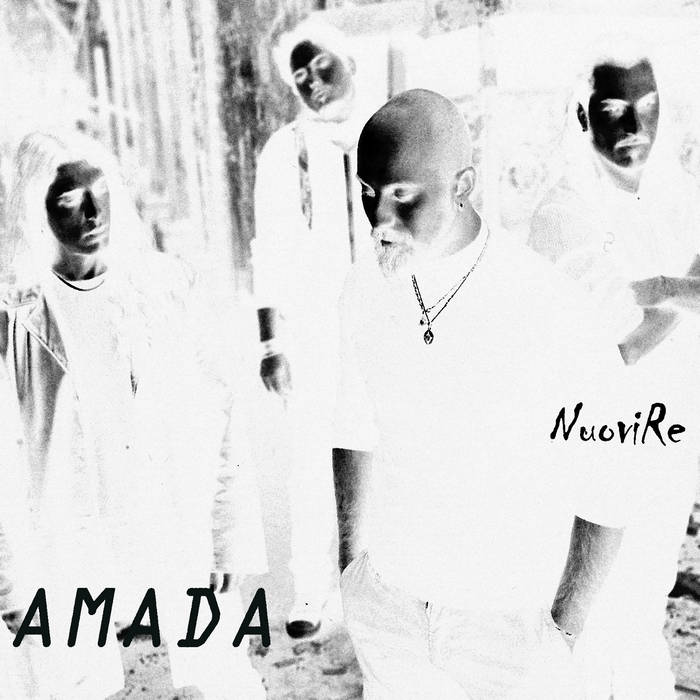 AMADA originally was born as “Deabianca” at the end of summer 2008, at the banks of Bracciano Lake (Rome). The project’s primary scope is to give contents that fit musically into the member’s stylistic background (from dark to rock, metal and glam), and conceptually to thematics related to the initial band name.

In fact, the “Dea Bianca” (White Goddess) is the name of a fundamental test by the english poet and novelist Robert Graves, who represents a concept of hidden spiritualiy, of true poetry and dutiful anthropological regression. The initial line-up included Andrea (vocals), Daniele (guitar), Alessandro (drums) and Maurizio (bass). In May 2009, a second guitarist joined the band.

Followed up to Alessio’s entry and to the random composition of initial members’ names, AMADA acronym was born, that had an instant impact on all band members, so they finally decided to use it as the project’s new name.
With this complete formation, the band started its live activity, performing in summer 2009 on several festivals of the italian peninsula, as there were GRIF, Rome Art Events Festival, Tour Music Fest, Solidai 2009, Sottoilmetrò…and others.

The single “Nuovi Re” (”New kings”) speaks about the domination of the machines over humans.
The mankind is enslaved , the human race is cold … will it be free again?

AMADA hope for this!