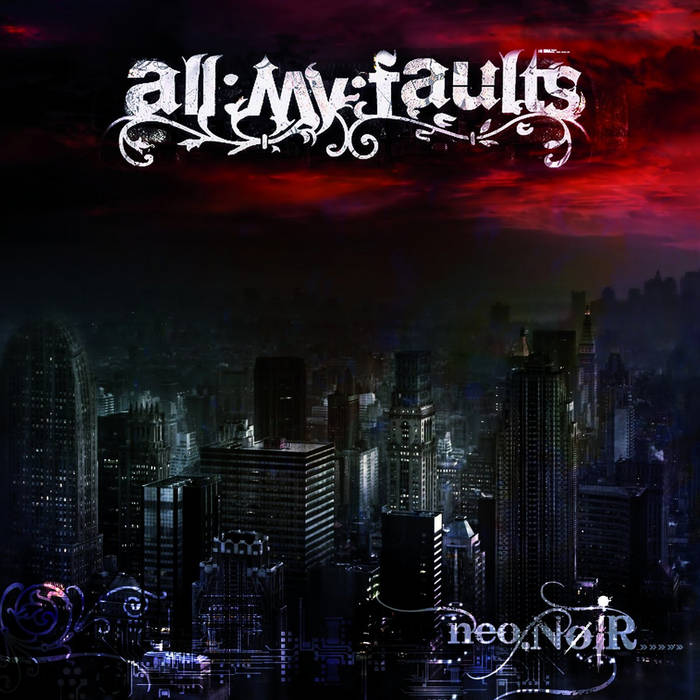 Still it's difficult to find the right stamp for the band all:my:faults. And as you can hear on the new album, steve:kiai's still able to arrange dark soundwaves and feelings with classical & modern Rocksounds. The press wrote about a band going new musical ways, but it seem's they've ignored the fact that this is nothing but the typical underground. With releases that solely by the content and less by the outer appearance reached a big audience worldwide.

As a second vocalist & writer jonas:iscariot (Agathodaimon [Black Metal]) and ralf from 'Unknown Darkness' [Trash/Metalcore] on guitars came aboard the a:m:f-ship, and it was within a year - a diverse album - full of variations: neo.NøiR was born.

Initially only available for download, "Spiral Word" and "intelligence" are two interesting songs on that album. The former is a collaboration with the Japanese cyberpunk artist Kenji Siratori (Sci-Fi-Author of "Blood Electric" and "Acid Human Project"), the second one a bonus track on 'neo.NøiR': a remix of the synthpopband TonSurTon.

So if you've deceived to hear the album to its end: discover more than one side of all:my:faults.