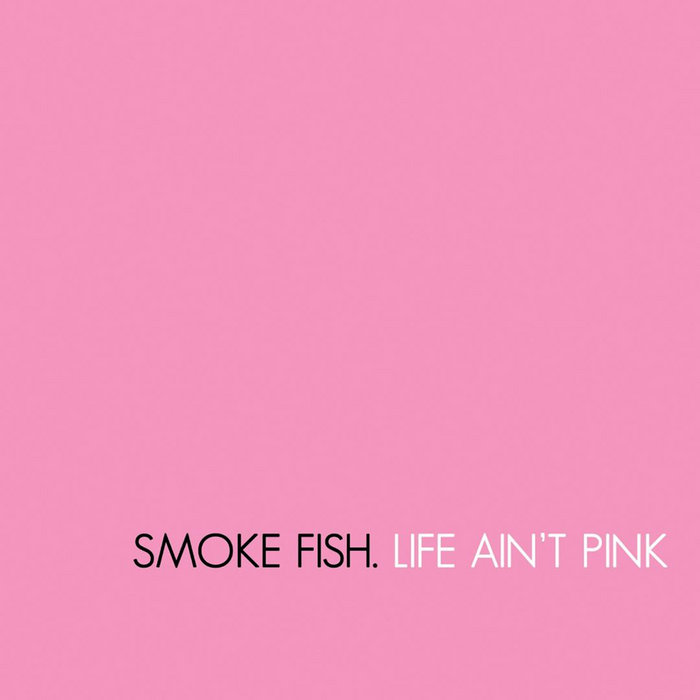 The latest news from France’s Capital of Rock’N’Roll, Brest: after the releases of the first two preview singles, the album “Life Ain’t Pink” will be released within the next few days. The debut album of the band SMOKE FISH has quite a lot in common with the trips around the world made by the lead singer Shay: a lot to discover as well as to experience. Not only the journey is the reward. It is moreover a journey leading along glorious places and fabulous sights.

Shay’s journey had begun in his home country Israel and ended, after numerous stations, in the Breton seaport where he decided to dwell and founded the band. “Life Ain’t Pink” starts with a vortex of sound of Rock and Wave and ends with the pleasing awareness that, every now and then, a new band is able to find their own personal path.

The opening track “Wake Up” is the perfect soundtrack for the beginning of a surreal trip at sunrise. Following the different chapters of this album, the “travelling” listener blinks into the warm shining sun, then finds himself standing in the rain without any umbrella. He meets catchy songs between PIXIES and POP (”Mary Prankster”), experience roller coaster rides between cool cleanparts and supreme riffs (”Cigarettes & Family”), african rhythms on the crest of ‘New Wave Of New Wave’ (”My Eyes”) and furious Funk Fusion of Mariachi and urban beats (”Tango With Jesus”).

Uptempo tracks, such as “Hey! Talk!” and “Manifest Destiny”, convince with much drive, “Juvenile” and “Strange Identity Effect” are chary ballads with a lot of emotion. The single “Insane Inside” with its firm Rock-Refrain, Beach-Boys-Bridge and Chanson-like verses reminds of the best days of BLUR and PULP.

The entire album of SMOKE FISH scores with draft, superb lyrics and plenty of variety in interaction with Post Punk, Pop and modern Rock. However, what makes “Life Ain’t Pink” so fascinating is the keen sense of great melodies and the courage to something special. The strength of SMOKE FISH’s debut album not only lies in its influence of those Electronic-, Mariachi-, African and Oriental tunes, but also in the fact that it sounds as if these fusions belong together.