Gates Of The Universe (Extended) 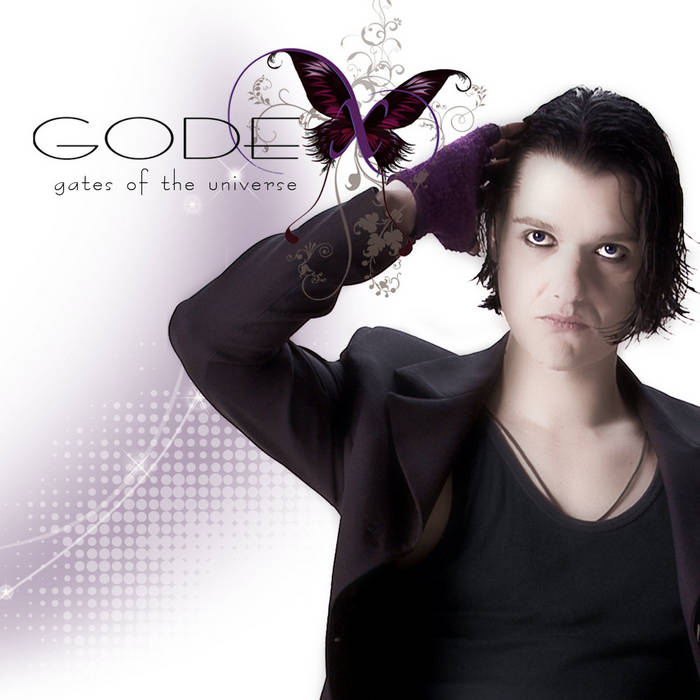 After ten outstandingly successful years, THORA decided to go seperate ways. They once formed one of the most popular German Gothic-Metal-Formations, were the perennial hit in all subcultural magazines and succeeded in performing on the real big stages. After playing on concerts, such as the "Wave-Gotik-Treffen," the legendary "Wacken" and conjoint gigs with HIM, the four-member band from Aachen disbanded.

As the Scene reflect on three brilliant albums and their fans - still growing in number - still reminisce about the band’s vigorous live shows, ex-THORA-frontman Tommy Tom is already busy producing new stuff. During just about five months, he has pulled a new album out of his hat - under the name GODEX - which has led to a great relief under THORA fans and it will excite quite a lot of future GODEX fans.

With "Gates Of The Universe", he instantly solved the great "Dark-Rock" issue: when dark rocksongs apparenty become too catchy, they often lose their own special identity.

Whereby even great names of this genre meet with complete failure, GODEX has succeeded instead with their debut. The band has created an album, which is selfreliant in sound and style but still teems with potential hit songs.Multitalent Tommy Tom combines uncompromising riffs and atmospheric sequences with essentially untypical electronic and accustic sounds and consequently advances the Dark-Rock genre.

The title’s track begins with a lonely organ and ends in a musical token of love to the great melody. "Love Salvation" and "Melancholic Skies" are absolutely catchy and "Eagles" persuades with a powerful dynamic of impulsive electronic sounds and uncompromising riffs. "In Broad Daylight" combines the sound of Gothic-Rock with this irresistible morbidity of past songs by Nick Cave. "Dream With You" is pure heartache accompanied by the piano and "Big Wide Eyes" extremly sinister but still a really great rock ballad.

Dear THORA-fans: Every cloud has a silver lining. Dear Goth-Metal fans: Not every album unifies all strengths of a genre and still stikes new paths simultaneously.