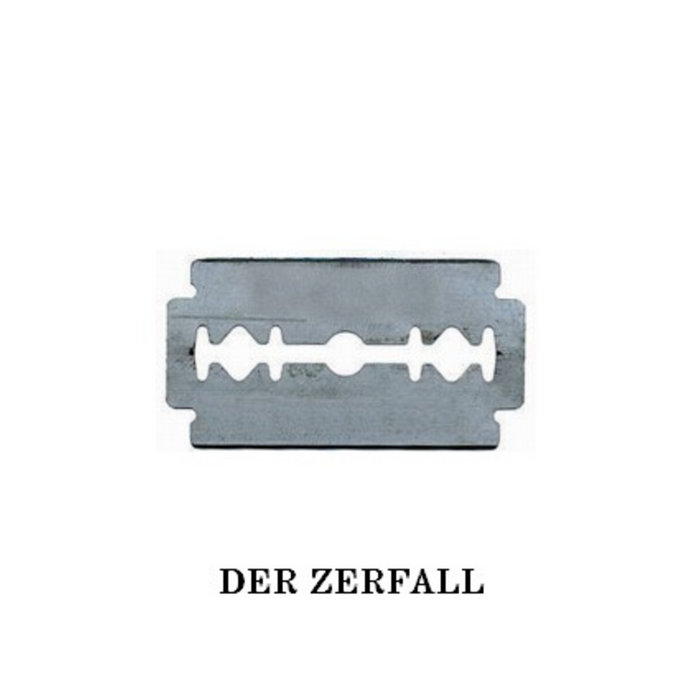 Wave guitars and FLIEHENDE STÜRME-Keyboardparts hit between EA80 and BLITZKID on sombre Punktunes - in between allow to greet early CHRISTIAN DEATH and the SUPER HEROINES. The debut EP by the Berlin band DER ZERFALL is a banquet for dark Punk fans.

The special one in it is the feeling-bath: Of the warm heavy-on-wave clean parts a punk explosion always waylays. The capital-guys' first-born - entitled like the Band theirselves - comes here and there as a washing-real crossroad from 45 GRAVE and THE CUREs "Pornography" out of the loudspeakers. Sometimes drives a "Simon Gallup-Memory-Bassline" the sound ("Ich sein"), sometimes it passes a distressing jungle from samples and effects ("Die Vision") and the "RUDIMENTARY PENI-Chaos" even sometimes flashes. The style-mix is capably presented and sung by singer and frontman Sven Rebentisch who causes pictures of bad twin of SCHORSCH KAMERUN in it with his abusive cadence here and there.

Certainly, so much Name-Dropping has DER ZERFALL not really deserved. Though the German texts act from dark thoughts and internal abysses, however, circumnavigate icebergs like dripping emotionalism or embarrassing Larmoyanz amply. Technology and production exceptionally sounds well. The Band already leaves by the first hearing own footprints on the Depro punk's beaten path and also walks sometimes on the left and on the right of it through the wood.

Quick: Already with their first five songs DER ZERFALL are leaving most of their genre colleagues behind.