by Notes From Underground 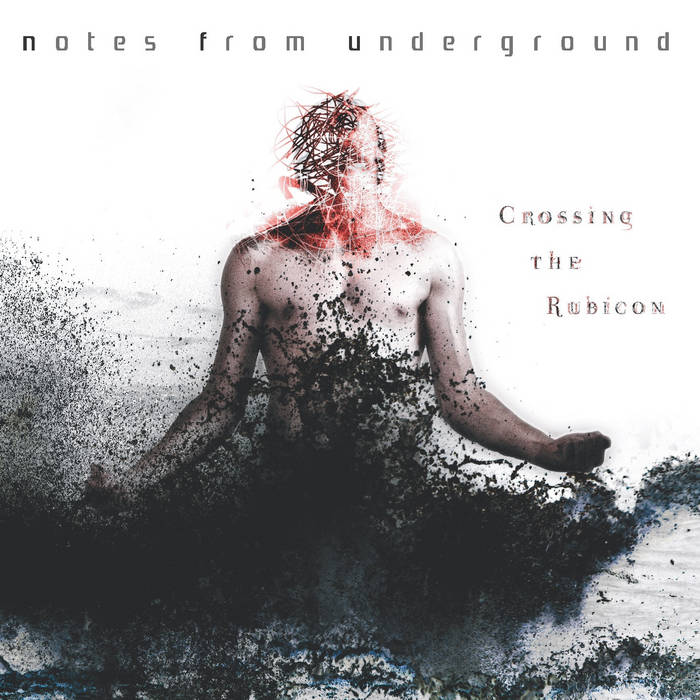 With the debut of the quartet NOTES FROM UNDERGROUND, arrives at German record shops what is probably the hottest import from Spain.

NOTES FROM UNDERGROUND decorates perfectly conceived Rock and Metal with catchy electronics. Its as if CEVIN KEY (Skinny Puppy) or RHYS FULBER (Front Line Assembly) would have added exciting song-patchwork to rapid guitar riffs that will shake the legs of any KMFDM-fans.

Already the violent opener Phoenix Uprising indicates the direction of an album that has what it takes to give a new impulse to the Industrial-Metal scene. Songs like Game or Heaven in Hell have a distinctive stamp on them which most musical comrades of Madrid-based NOTES FROM UNDERGROUND can only dream of.

Crossing the Rubicon strikes a tension arch from trance to trash-metal without losing its target vigorous Industrial Rock. This exciting spagat connects the best genre-ingredients of all times and catapults the energy of early NINE INCH NAILS into the present in a way no one else has in this millennium.

Thus reaches this double-album the 20-track mark putting NOTES FROM UNDERGROUND at the spearhead of todays dark-scene with one of the most extraordinary debuts of the last years.