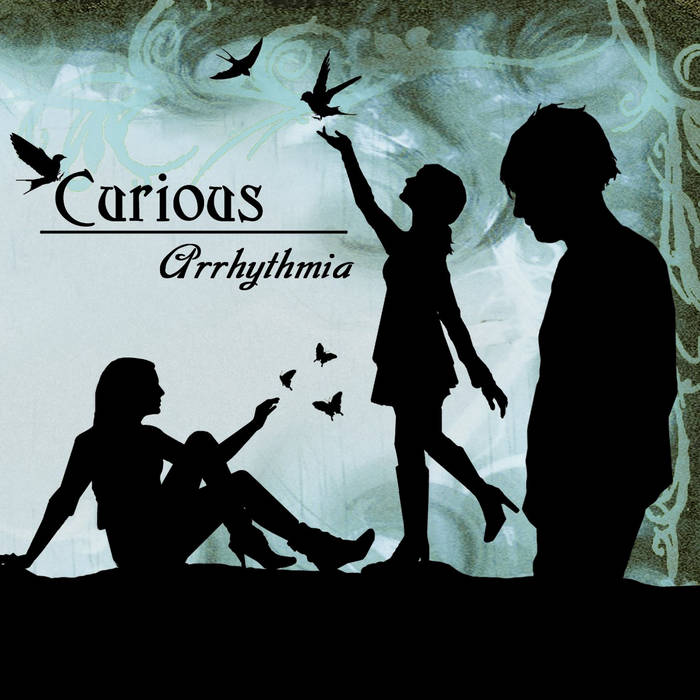 In the summer of 1999 CURIOUS was called into being in Bielefeld. Before they started to write their own songs, in the beginning the band raged themself out on song-material from icons like The Cure, OMD and the Chameleons. After a self-produced EP titled "Falling" (2002) CURIOUS released their debut album "The Intimate Stranger" (Genetic Music), which sparked sumerous fans as well as trade press in Germany. After the CD-release was outsold in 2008 there was a digital re-release on afmusic, that caused a stir cross-border.

On first gigs together with Mark Burgess (Ex-Chameleons) in 2003 and many live performances the band quickly convinced a fast-growing audience of its qualities. At that time CURIOUS considerably improved their style and thereby a distinct image evolved, an image that leaves enough space for innovative and individual elements beside the unmistakeable 80's wave influences.

"Arrhythhmia" was published on Sonorium in November 2008 as the second and for now also last longplayer creation by CURIOUS. At the same time afmusic published the net-single "Days" under a Creative Commons License. Songs like "Days", "To Run With The Hare And Hunt With The Hounds" or "J. Mary (Sweetheart)" put dancefloors in motion just like the song "Thrill B" that was released earlier as a bonus track. "Resurrection", "Dazzled" or "The Way To Nowhere", which are more smooth and atmospherically charged with emotion, invite to relax and ponder at the end of a bus day. "Arrhythmia" was recorded in the Senor Rock Studios (Bünde) and then mixed and mastered in TS-Musix Studio (Zweibrücken).