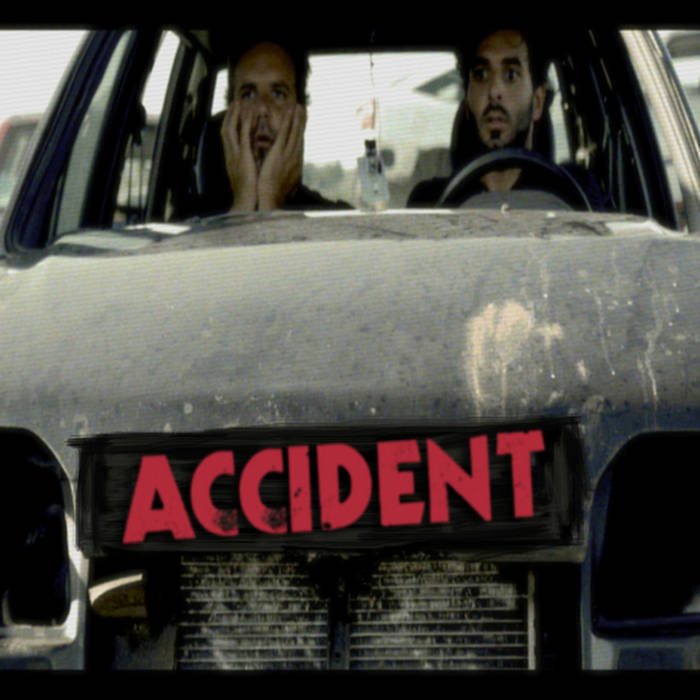 What have BMWs, forgotten radio hits, the color of gasoline on asphalt, auto-reverse walkmen, yellow lights, neon discotic advertising signs, the night, women, the ends of highways, the music department at the pawnbroker and the wait for the end of world in common?

These are all things that are liked by the french Waveband ACCIDENT and processed in their texts.

ACCIDENT are Maudoux Laurent and Jeremy Monteiro, cousins from Roanne – in the center of France, which early discovered their common love for music. Was it initially techno dance music, their passion for bands like the PIXIES or SONIC YOUTH soon began to grow. 1998 – the world was still in a trance fever – they founded their first band in Lyon. When the quartet then began to work with electronic instruments, the way to an Electro-Rock band with influences of the 80's wasn't that far away.

1997 Laurent and Jeremy left both Lyon and the band, but with an idea of a separate music project already in mind, and finally settled down in Marseilles. Influenced by the New Wave sound of bands like OMD, Tears For Fears or Visage, they began to realize their own idea of modern rock music.

Jeremy: "We wanted to do something exciting, something genuinely pop in fact. The goal wasn't to launch a revival, but rather to use the sound machines of the 1980s in order to create something new and personal."

Laurent: "It's also a question of "hybrid" music, alternating between synthesizers, drum machines and more rock-noise instruments such as the guitar and the bass. We like to put the rhythms out in front on certain titles to produce a percussive, dance effect; I'm referring to "Human league" and "Adam and the Ants". Dancing to texts that can provoke thought. Simple texts, word sounds, play of words…"

The result is this 10-song, self-titled debut album which will be digitally released worldwide on 30/08/2010 via afmusic. At the same time the six-song EP "Vert Bleu Noir" will be released as free-download.