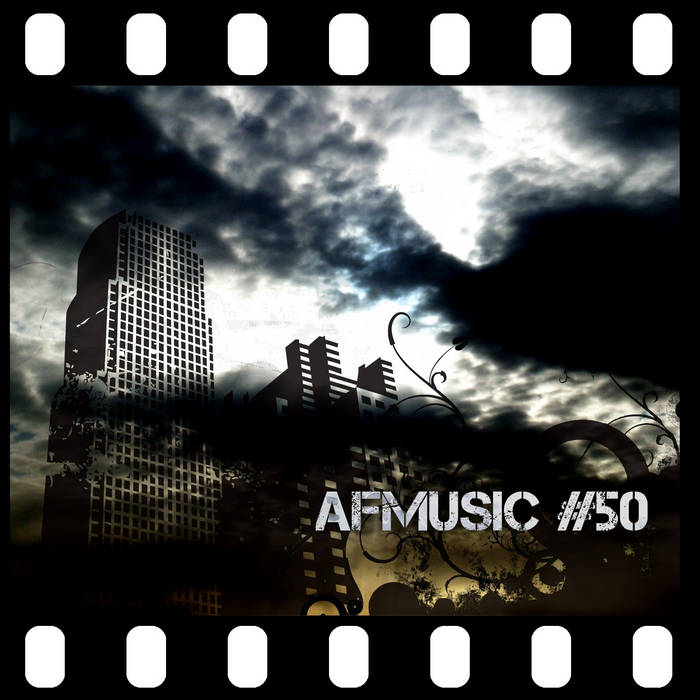 Within just one year afmusic got off to a lightning start. The most innovative netlabel in Germany for Darkwave, Gothic and Independent Music celebrates their release-anniversary and distributes big presents to their fans - and that are 16 in number on this fiftieth publication.

All are on this Anniversary-Compilation "AFMUSIC #50". Exactly one dozen of it are previously unreleased or recorded exclusively for this release. Beside many known afmusic-acts the sampler also presents an absolutely new band. Therefore, it is less a retrospective, than even more a look in the future of the label.

"AFMUSIC #50" indicates not only the variety and versatility of the present releases, but also their high musical and artistic quality. LATRISTE - the newest member of the label family - immediately deliver with her first song a potential hit single. SMOKE FISH and EMERALD PARK contribute dark-coloured pop pearls of the grade 1A and CONFUSION IS NEXT are represented, just like LIGHT IN YOUR LIFE with a dreadfully nice ballad. Thereby the music ranges from Shoegaze to the sturdy Alternative rock.

SPINEFISH, (((S))) and ART NOIR provide for the dark sound-collage which hold together "AFMUSIC #50" and lend a breathtaking atmosphere to the album.

In between the big potential of a lot of afmusic-bands flashes: The label-draught-horses ALL:MY:FAULTS cement with a never been there mixture of 8-bit Postmetal and spoken words their exceptional position as the most innovative German band of the scene. STROMBLE FIX's "Dispirited" is more progressively Hybrid from Grunge and Deathrock, "Enjoy" of REPTILE71 is more sombre than the legendary "Drowning one" and CAMP Z present a modern version of the Sisters Of Mercy.

Crowning end of the completely successful afmusic-show is the "Smells Like Teen Spirit" cover, which is the most stretching cover with wide distance of this decade.

From the 7th of August "AFMUSIC #50" is ready to download for free on www.af-music.de. There you can listen to all present releases - free of charge and in full length - or download in high quality for convenient rates. A bookmark is worthwhile not only, but also because afmusic by now again not only have two strings to their bow.